“Each of California’s 22 million registered voters has been issued a ballot through the mail for this election,” said CVF’s president and founder, Kim Alexander. “Every ballot contains numerous federal, state and local contests with dozens of candidates for voters to sort through and many decisions to make. CVF’s California Online Voter Guide will help voters choose wisely and access resources to help them make informed, confident decisions.”

Voters can cast their vote-by-mail ballot by mail, at an official drop box or return it to a voting site or their county election office. Voters also have the option to vote in person. A growing number of California counties have adopted the Voter’s Choice Act, an alternative voting model that replaces neighborhood polling places open for a single day with vote centers that, while fewer in number, are 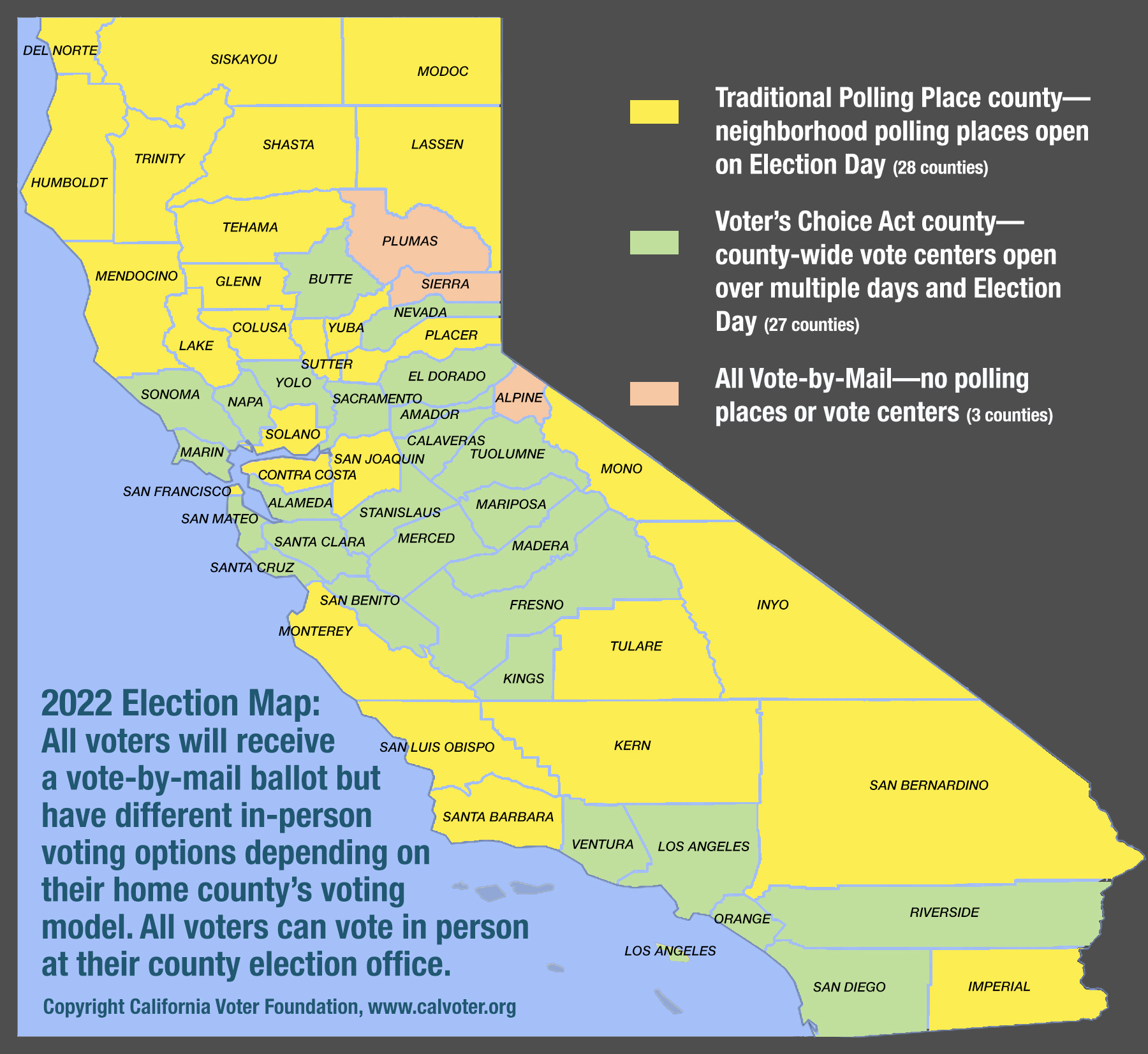 available to all voters countywide over multiple days including Election Day. CVF’s new guide features a map identifying which in-person voting options are available to voters by county.

CVF’s guide also highlights key resources from the Secretary of State as well as those offered by other nonpartisan, nonprofit organizations such as the League of Women Voters, Maplight and CalMatters. It also features tips to help voters make sure their vote-by-mail ballot is counted, contact information for all 58 county election offices, a Voting FAQ and links to tools to help voters find their new districts, track the status of their ballot, verify their registration status, and register or update their registration online.

“This is a challenging election,” Alexander noted. “Not only are voters finding themselves in new political districts following the 2020 Census, they also have two U.S. Senate contests on the ballot featuring the same current, appointed U.S. Senator. That’s not a typo,” she added, noting it resulted from a new law requiring an election to fill a vacant term which happens to coincide with the seat’s regularly-scheduled election.

Another potential point of confusion is California’s still relatively-new “Top Two” open primary system, which allows voters to vote for any candidate of any party in legislative, congressional and statewide primary contests regardless of the voter’s or candidate’s party affiliation. The top two vote-getters advance to the General Election ballot even if they are of the same party.

CVF created its first online guide nearly three decades ago, in 1994, when it was one of only six election-related sites on the entire Internet at that time. CVF’s archived guides remain available online at www.calvoter.org. The June 2022 Primary voter guide is the 31st edition produced by CVF, a nonprofit, nonpartisan 501(c)(3) organization working to improve the voting process to better serve voters.