This edition of CVF-News highlights recent attention on the need to protect election officials and support funding for election administration, as well as an upcoming webinar on election disinformation.

Last week on Oct. 28th, California Voter Foundation board chair, Cathy Darling Allen, who is also the Shasta County Clerk and Registrar of Voters, testified before California's Little Hoover Commission to share the challenges she faced conducting the September 2021 recall election inside a 77-day window. An archive of the hearing is available.

She also spoke about CVF's June 2021 report, Documenting and Addressing Harassment of Election Officials, which commissioners were very interested in learning more about, and suggesting California can and should lead the nation on reforms. 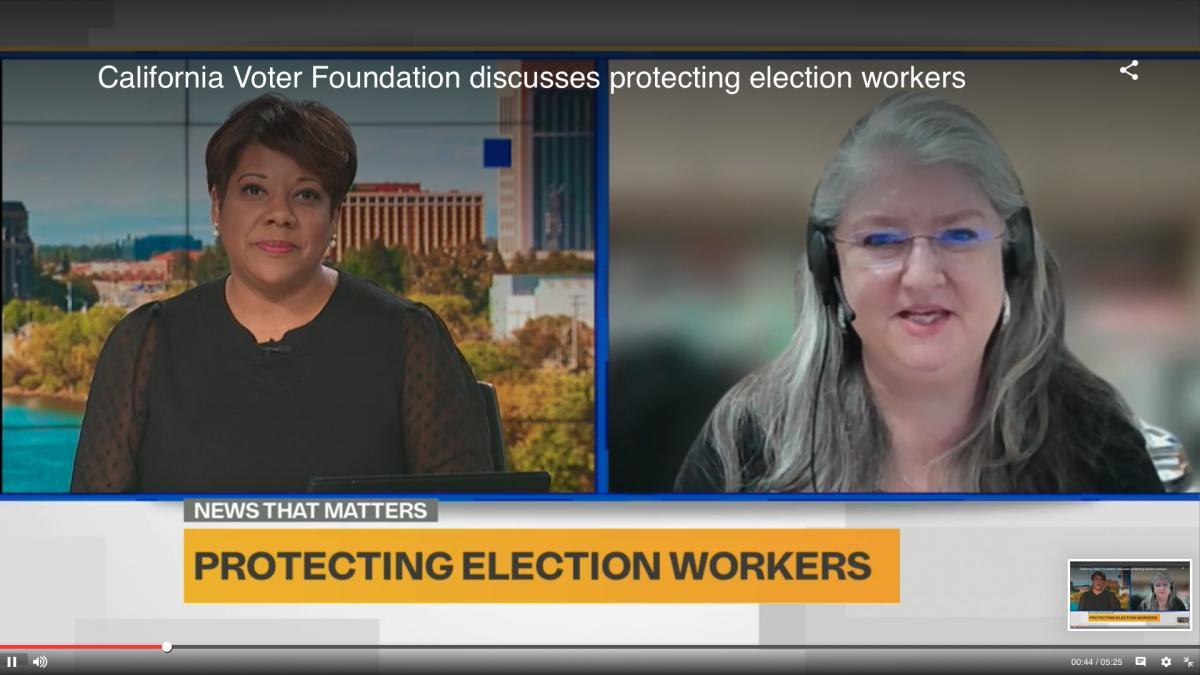 CVF’s written testimony is posted on CVF's web site, and focuses on the importance of the recall election costs incurred by counties being paid for by the state and that the state should continue to cover election costs for all state contests including initiative, referendum and recall petition signature verification costs. The Little Hoover Commission hearing as well as the State Legislature's recall reform hearing conducted the same daywas covered in the Los Angeles Times and Cathy Darling Allen also gave an excellent interview with Fox40 News in Sacramento.

PBS/NPR/Marist Poll finds 4 in 5 Americans think democracy is under serious threat; 11/10 webinar on disinformation in elections

This week a new nationwide poll conducted by NPR, PBS and Marist found 4 out of 5 American adults think the future of American democracy is under threat. To accompany the release of this poll, PBS aired a segment this week featuring several local election officials sharing their personal experiences being threatened and attacked, much of which is motivated by widespread mis- and disinformation about how elections are conducted.

Next week, on Nov. 10, at 12:!5 pm,, UC Irvine Law School's Fair Elections and Free Speech Center will host the third segment in its series, "Countering the Risk of Disinformation in American Elections: How Big a Problem Is It and What Should Be Done?" The event is free; find more details and register here.